Why are you doing what you’re doing today? Is it just for the money or is it for something more?

Money without a mission is merely materialism. If you don’t have a true mission behind your money, if you’re not looking for a way to create a good impact on the lives of others, you’re just trying to have a lot of money and be comfortable, that’s great but the truth is, it’s just materialism. You need to have a mission to build a legacy that will have a great impact on other people’s lives.

Watch this episode to learn more about the importance of legacy and how you can create one for yourself!

“Even after he died, a couple of years later, people had a park bench with his name on it to give him honor.”

“It’s probably one of the most positive funerals I ever went to. People were sharing stories about how their lives were blessed by Les and his partner Ray.”

“From that point, I decided that I would start teaching people, so I quietly did that.”

“That one guy, Les Maguire, sparked something in me. He wasn’t just making money, even though he was great at that, he was teaching.”

“This is why I’m doing this podcast, because I’m hoping that some of you, in some way, get inspired.”

“You can create legacy in so many ways, more than just you don’t have to do anything big. You can simply do it by just being a great friend. I’ll tell you, that guy who was a meat-cutter, that’s what he was amazing at. He was a good friend, an amazing listener, very optimistic, and very upbeat, so people loved being around him.”

“What kind of person are you becoming? That is so much more important and that’s gonna have more wealth in your life than anything you do with just money.”

“This show has never been just about money, it’s about living a rich life, about really having that abundance in your life.”

“More money is good, but we don’t need more money. We need better people, we need good people and if you got more money, you can just express that more.”

“Good people with a lot of money create a great impact on other people’s lives.” 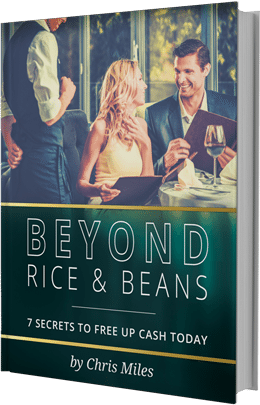